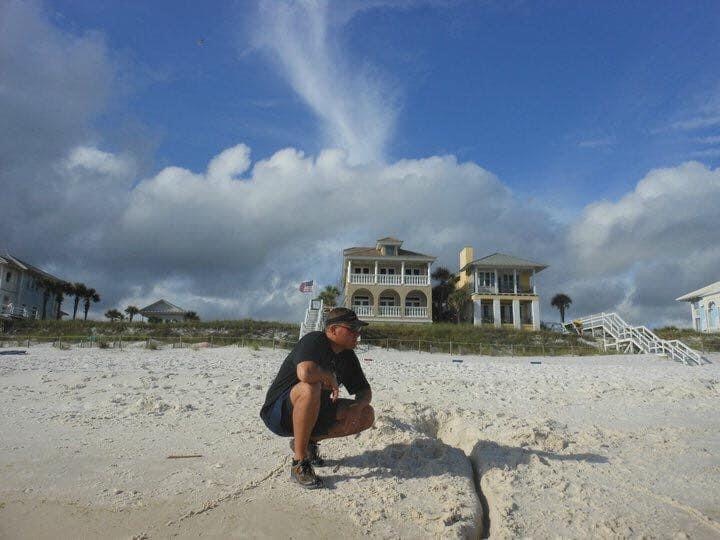 ACV Enviro is proudly participating in Movember’s annual fundraising campaign, which encourages people to sign up at movember.com to fundraise for men’s health initiatives including suicide prevention, prostate cancer and testicular cancer. ACV Enviro, a company comprised of over 70% men, is excited to be participating; and although our team, due to health and safety regulations are not allowed to grow beards, the team is committed to MOVE and walk or run 60 miles during the month in honor of the 60 men who die from suicide every hour.

ACV Enviro is inspired by Jamie McIlvaine, ACV Enviro’s Sales Operations Manager and her story of the loss of her husband to suicide. We are thrilled to share her story with you and why this month is so important to us as a team.

When the days get a little shorter and the weather gets a bit cooler, the anxiety creeps in. Although I don’t talk about it as much anymore, I understand that by not doing so, I have failed those who still need to hear my story, to know they are not alone. In fact, the need for mental health advocacy and awareness has never been greater.

In honor of my late husband, Denny, I will be teaming up with my employer, ACV Enviro, and Movember this month to raise funds for the awareness and advocacy of men’s mental health initiatives and suicide prevention. Just like so many others, the pictures I share are days before the attempts. You would never know this was a man who was planning to die. I still miss him – he was my best friend. Even now, eight years later, I think of him and smile.

Denny was so special, truly a remarkable man. He was the brightest light in any room, a man who loved to laugh and was always the guy you wanted on your team. I miss everything about him – his quick wit, his ability to disarm even the most guarded soul and put them at ease, the full belly laughs that filled any room, the warmth of his huge bear hugs. He was my hero in every conceivable way. It turned out that my superhero was only human, just like the rest of us. His heart was so genuine and he wore it on his sleeve. Unfortunately, that made him vulnerable. Years of battling depression had left him tattered, broken, and tired.

Denny wanted to get better. Like everything he did, he tackled this disease head on, bravely fighting for his life until the very end. He was doing all the right things. He was getting help, taking his medications, seeing his doctors regularly, and had a strong support network personally and medically – and we still lost. He fought with every ounce of strength he had left. When he left us on that cold January night, the world instantly became a darker place as one of its brightest stars had been snuffed out.

He was a humble man who gave so much to so many. He was loved fully and deeply and cherished by family and friends. Depression and suicide stole him away from all of us. It left behind it a path of confusion, devastation, and horror that has become all too common these days. There isn’t a day that goes by where he isn’t missed.

Unfortunately, many more people out there suffer as Denny did. You and I have the power to help change that. More needs to be done – more research, more studies, more talking, and more truth because this epidemic will never start getting better until we remove the stigma associated with mental illness and suicide and start doing something about it.

Globally, on average, one man dies by suicide every minute of every day. In the U.S., 75% of suicides are men. The suicide rate among Veterans and Active Duty Military is now an average of 22 suicides a day. These figures are alarming, but they don’t have to be. The importance of Movember’s mission has never been greater, or its work more urgent. In honor of Denny and so many others, please donate to ACV Enviro’s Movember cause to raise funds that target men’s health initiatives locally, nationally, and globally. Movember invests in country and culture-specific health projects while collaborating on game-changing solutions that address the men’s health crisis on a global scale.

Most importantly, I want you to know that it’s ok to talk about depression, mental health, and suicide. Together, we can help a lot of people who often times suffer silently by giving them a voice – a voice to be heard, to ask for help.

If you are struggling, call 1-800-273-TALK, call someone you trust, call me. It doesn’t matter who you call, just make the call.

Remembering a good man who got lost in the storm. 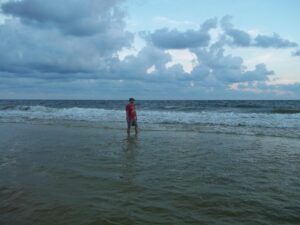 ACV Enviro will be matching donations to our team participants up to $2500 and look forward to shedding some light to our company and our followers on the importance of men’s health! We are thrilled to be working with on this initiative.